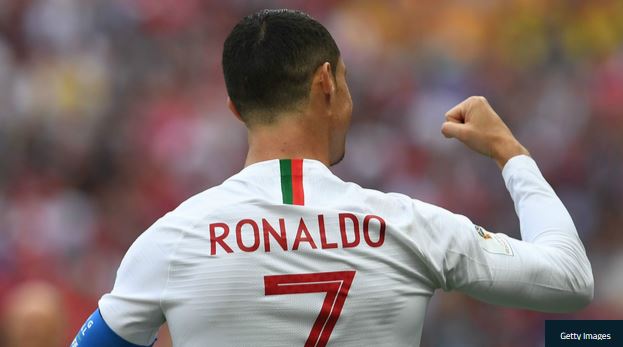 The Portuguese header against Morocco has made him he all-time top International Scorer in Europe.

The Portugal superstar, 33, netted inside the opening five minutes of his side’s World Cup clash at the Luzhniki Stadium on Wednesday.

The Portuguese attacker was the star man for Portugal the 2nd time in two of their matches played, netting four (4) in total in the 2018 FIFA World Cup.

Morocco played their part in an enthralling match, their vociferous fans cheering their side for consistent waves of attack against the stern Portuguese defence. Younes Belhanda came closest for the Atlas Lions, but his header was superbly kept out by Rui Patricio.

While there was bi repeat of his stellar showing against Spain, Ronaldo’s opener was the difference between the sides in Moscow.

He currently leads the way in the race for the 2018 World Cup Golden Boot, with four strikes to his name.

Ronaldo scored his first international goal for Portugal all the way back in 2004 in a 2-1 defeat against Greece at the European Championship.

10 Fabulous Makeup Secrets That Nobody Told You Before

21 Amazing Things That Happens To You When You Eat Bananas