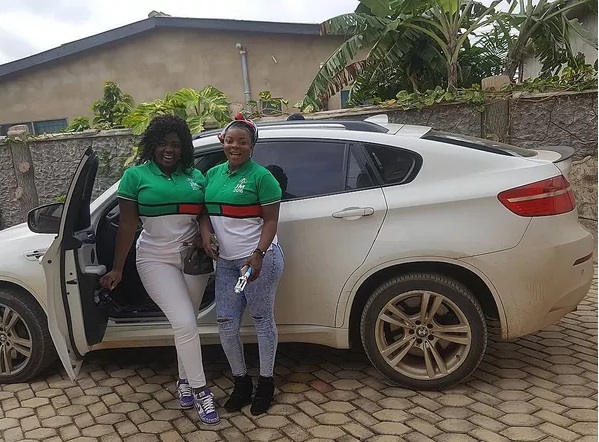 Kumawood actress Tracey Boakye who shot a campaign commercial with her colleague Gloria Kani for the National Democratic Congress (NDC) was one of the few entertainers who were at the ruling party’s campaign launch held on Sunday, August 14 at Cape Coast.

Tracey at the event was spotted in a new BMW X6 car. She drove the automobile from Kumasi, a city in Ashanti Region to Cape Coast, where the campaign launch happened.

Photos of Tracey in the new car at the campaign launch have rekindled the rumour that NDC dashed her a car for her campaign video. 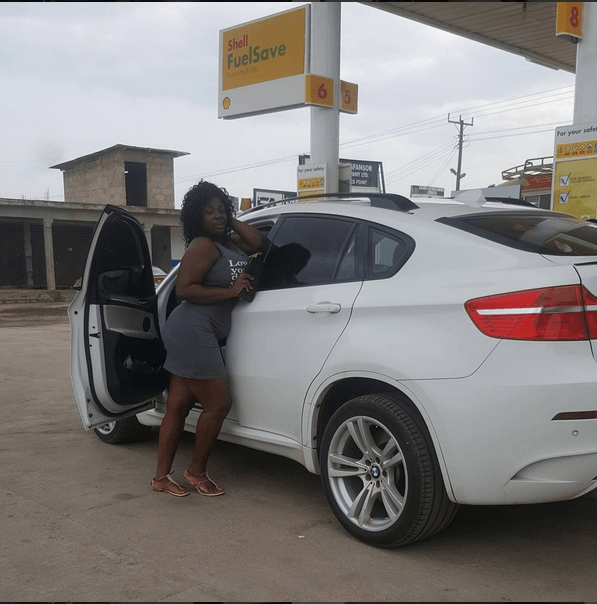 Social media commentators who chanced on pictures of the ‘Odo’ actress with her car at the campaignlaunch concluded that the white BMW X6 is the machine government gave her but she was tight lip on theaccusation when Zionfelix.net contacted her Monday morning.

Tracey Boakye in an interview with Zionfelix.net said whether the mid-size luxury crossover by Germanautomaker BMW belongs to her or not, she is driving it.

“Whether its mine or not, I’m driving it. I drive cars licensed in my name, I don’t drive people’s cars” she laughed. 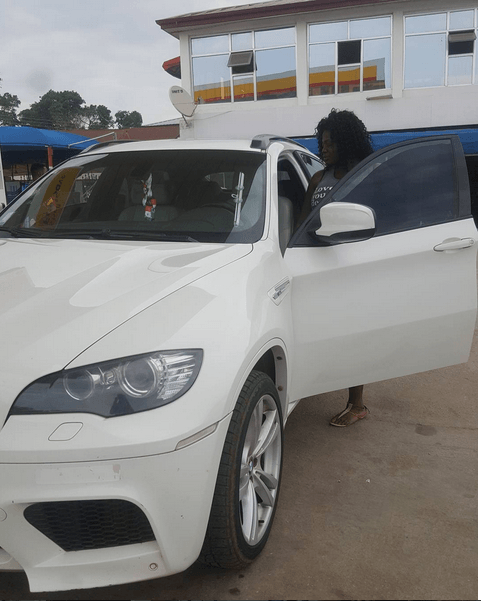 This is What Sarkodie Says about Stonebwoy recording with Trey Songz