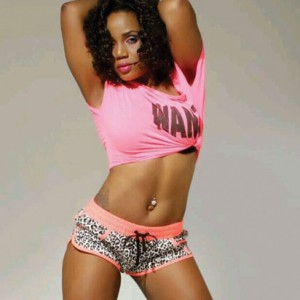 For those who believe everything controversial nudist and pseudo-singer, Maheeda says in interviews, they may have been taken on a fools’ ride one too many times.

The self-acclaimed former prostitute who is fond of exposing her nether regions on social media has been known to make some outrageous claims in interviews in the past.

However, she recently came clean on social media when she confessed that she usually said a lot of things just for the camera’s sake in the past.

In the said video, a girl was being interviewed, and she was asked if she knew the meaning of the word ‘dab’ which is a popular dance style in the country.

The girl said she did, then went on to give a wrong answer by saying it originated in ‘the days of our forefathers.’ And that Nigerians usually dab in times of fuel scarcity and increase in transportation fares.

Maheeda added the caption, ‘Story of my life…this is just like me when I was forming musician in Nigeria. The interviews??? Hmm, I just open my mouth and say anything I can for the cameras…well thank God I wasn’t made fun of.’ There you have it Maheeda fans; never believe everything she says. 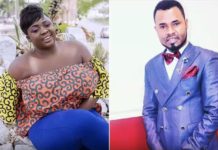 Let Me Clear the Air, I Dated Ernest Opoku – Kumawood...

How to Get All Your Viewed WhatsApp Status (Pics, GIFs and...